Thanks to the sponsors TOURATECH and YAMAHA, we can make this one-way tour from the equator to the South Atlantic, about 5000 kilometres away, possible for a handful of adventurers.
The start of the Equator Tour is "south of the equator line" in Nairobi, before heading directly to Tanzania.
Further on we cross Malawi and Zambia, southern Africa with Botswana and the Okavango Basin like Namibia with Walvis Bay is one of 1001 highlights between madness and adventure of the Trans Africa Motorcycle Expedition.
This "voyage of discovery" will be carried out with the clearly formulated imponderables and challenges of the different climate zones, borders, regulations and conflicts of the people as an EXPEDITION!
A shaken level of travel & enduro experience as well as mental stability is a condition to be able to participate in this Africa expedition. "It is and remains the greatest adventure and the most eventful motorbike trip!

The YAMAHA Ténéré Rally motorbike fleet is ready for departure, and in the camp preparations are made for the next 5,000 kilometres before it's time to say:
"Gooo south" and drive left!
The YAMAHA Ténéré Enduro troop travels along the great (6000 kilometre long) African Rift Valley through a country with more than 50 different languages and dialects. The route is along the famous Kenyan savannahs on the edge of the "heart chamber" of Africa with the typical clichéd postcard image of the low sun behind the acacias in the savannah. Kenya is one of the typical happy African countries with about 40 different ethnic groups and a diverse wildlife, such as the big five and huge herds of wildebeest, Thomson gazelles, zebras and antelopes that migrate from the Serengeti over 500 kilometres north to the Masai Mara and back south in spring. A real spectacle is the crossing of the Mara River, where the crocodiles are already waiting for the big meal. 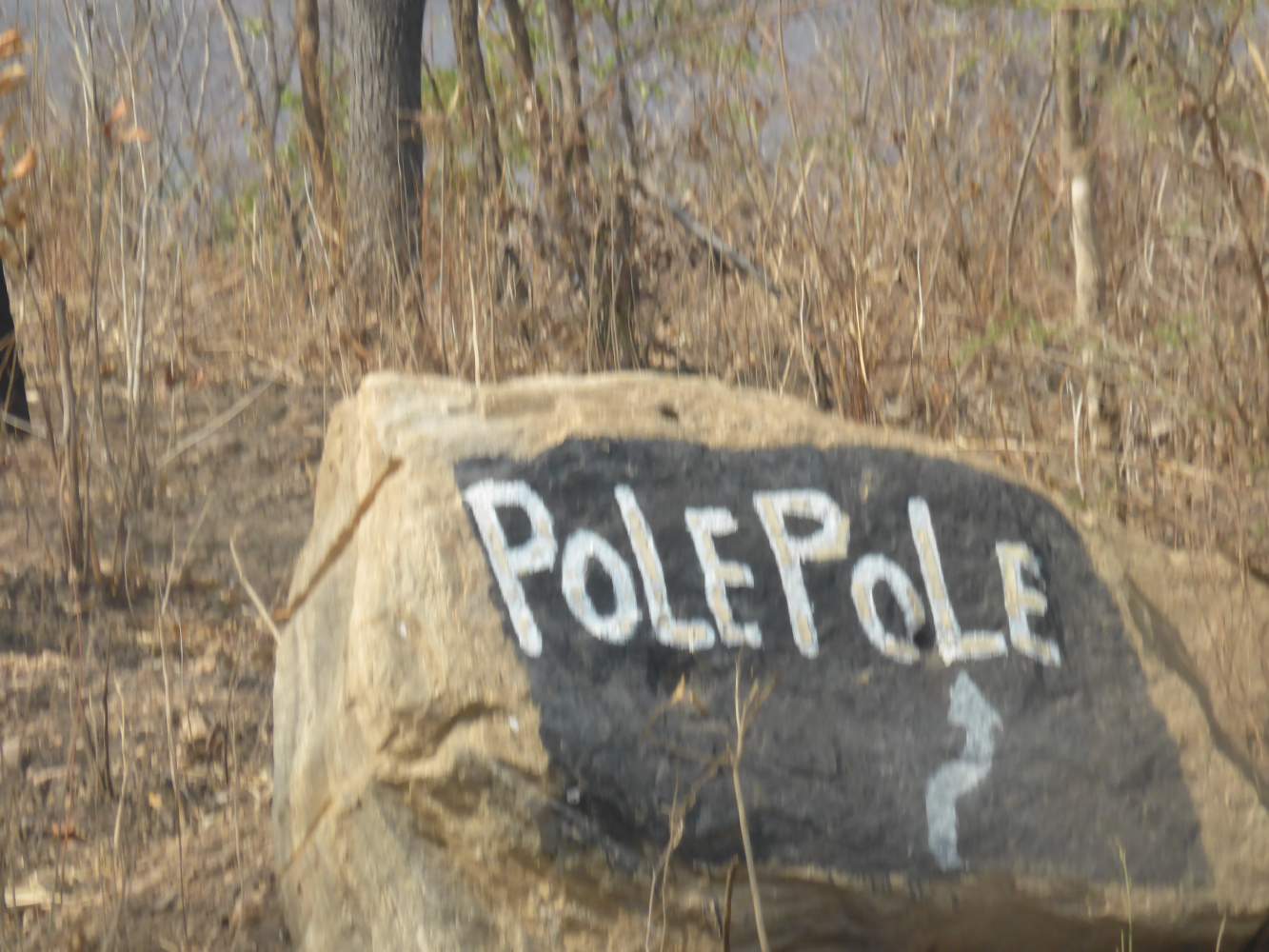 Polepole - Slow down! Welcome to Tanzania!

We cross the border post from Kenya to Tanzania and see the legendary Kilimanjaro from afar, which with the 5985 metre high peak of Kibo was still covered in snow a few years ago.
At the foot of Kilimanjaro we reach Arusha and can and do take time for a day in the city OR a safari into the Ngorongoro Crater, which is a UNESCO World Heritage Site and has about 25000 large mammals (elephants) and the highest density of predators (lions, spotted hyenas leopards). Breakfast with freshly brewed coffee directly from the plantation - if not now, when? We will need the push-up effect of the coffee for the ride on the enduros, along the Kizigo Game Reserve and the Usungu Game Reserve, because it will be a long day on the enduros. 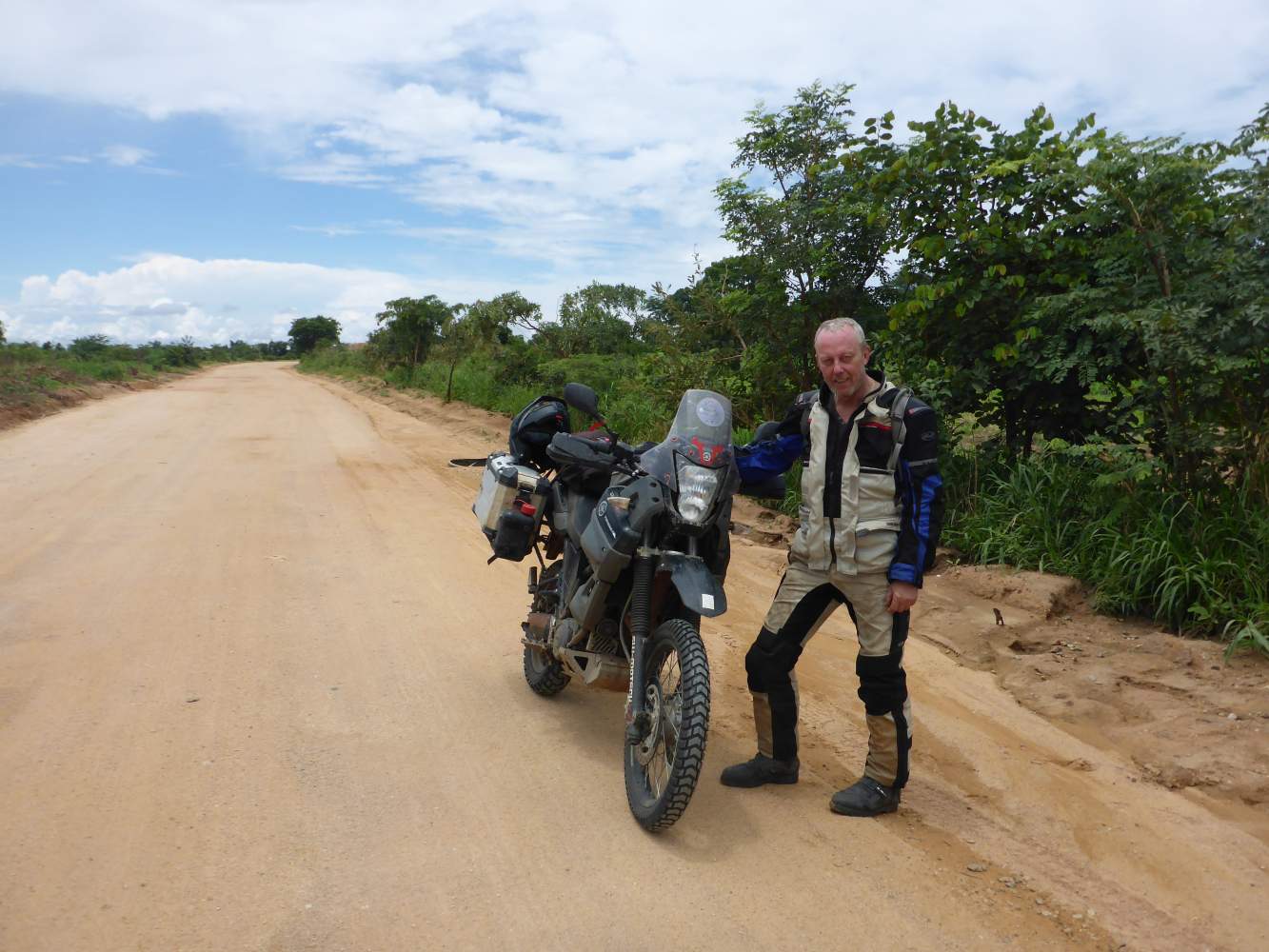 A break is also necessary!

On and off the Road through Malawi:

The Enduro travel group has become a well-rehearsed "border team", and our drivers are always informed in good time by our online tour guide Jojo that we are coming. The online tour guide from OVERCROSS is informed of our location at all times via satellite monitoring and can thus "virtually travel ahead of us" and take over one or two important tasks of a guide.
There are still endless seemingly hard African kilometres ahead of us on laterite-like tracks with challenging stretches past extinct volcanoes.
The roads through Malawi go through tea plantations, mango "forests" and banana plantations as far as the eye can see.
The sun is low over Lake Malawi, where we move into our camp and wash down the long hard Enduro day with a cold beer, take a jump into the lake and enjoy delicious crocodile with a view of the fellow species at the lake.

With a cup of coffee we enjoy the sunrise and the hangover of the previous evening over Lake Malawi. The route leads along the western flank of Lake Malawi, which is about 30,000 km² in size, to the next border, which we will approach "pole pole" (Swahili: slowly). 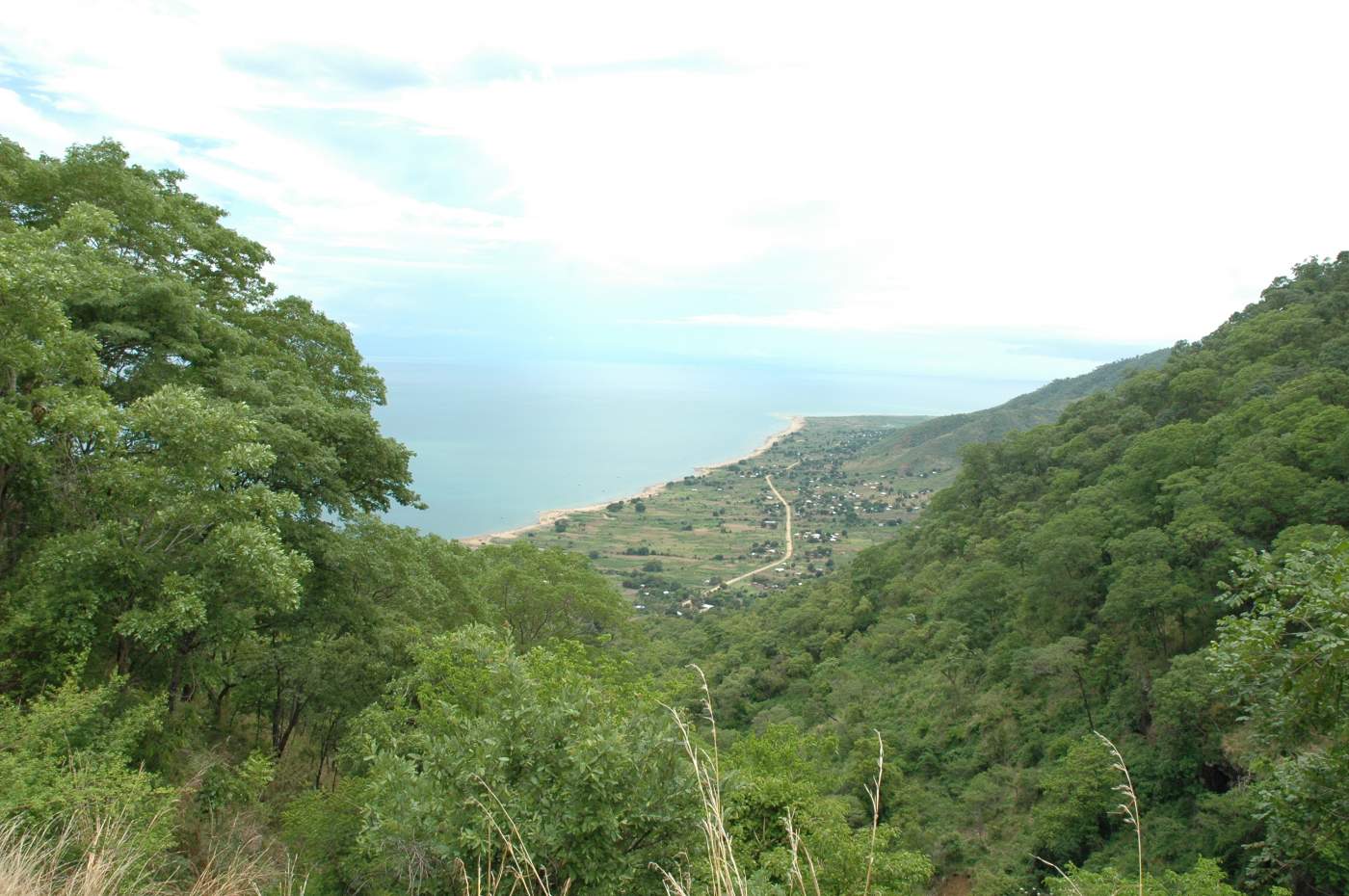 To Lake Malawi it's always straight down ;-)

With the first rays of sun over Lake Malawi, we get on the motorbikes and travel along Lake Malawi towards Zambia. Between warm rain showers and sunshine, we will experience unforeseen adventures like those of the previous expedition days in the coming days. The last stage is full of surprises in terms of riding technique! Our Enduro trips are known for a "fighting day" and this last stretch at Lake Malawi can become a "surprise stage" on the Equator Motorcycle Expedition!
Passing the Nkothaka Wildlive Rserve we reach a small border post between Malawi and Zambia. 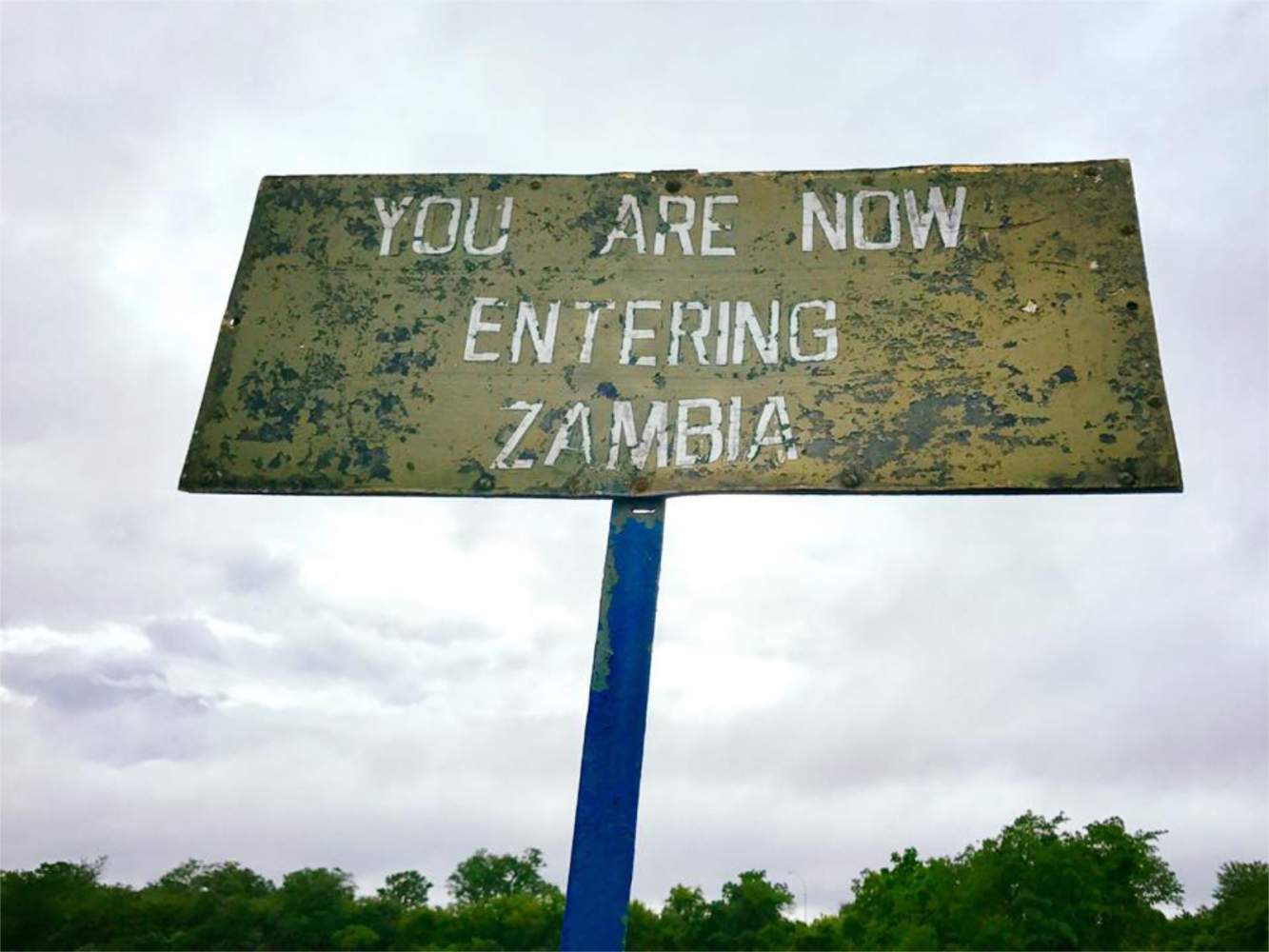 The fertile country (at least for women with 5 children on average) is ranked 141 out of 187 in the Human Development Index. The young Zambia has been independent since 1964!
With around 800,000 AIDS orphans, Zambia is one of the countries with the highest HIV infection rate in the world! English is spoken as the official language, which is very helpful due to the different ethnic groups and languages such as Nsenga, Tumbuka, Ngoni or Bisa.
Along the Lower Zambesi National Park we make our own tracks on the enduros along Lake Karibu. Depending on our fitness and time table, we will have two sporty Enduro travel days ahead of us until we arrive in Livingston at the Victoria Falls and probably take a rest day to enjoy the falls or a helicopter flight over the Kololo (that's what the Mosi oa Tunya call thunder rush in German) the Victoria Falls. The sunrise glitters in the thundering spray of the Victoria Falls, a last glimpse of the "brain child of Cecil Rhodes who had the masterpiece Victoria Falls Bridge completed in 1905 after only 14 months.
A last look into the gorge where the Zambezi takes its course and off we go into a new day of adventure!
Along the border between Zambia and Zimbabwe, we travel on the Zambian side along the now familiar African tracks. 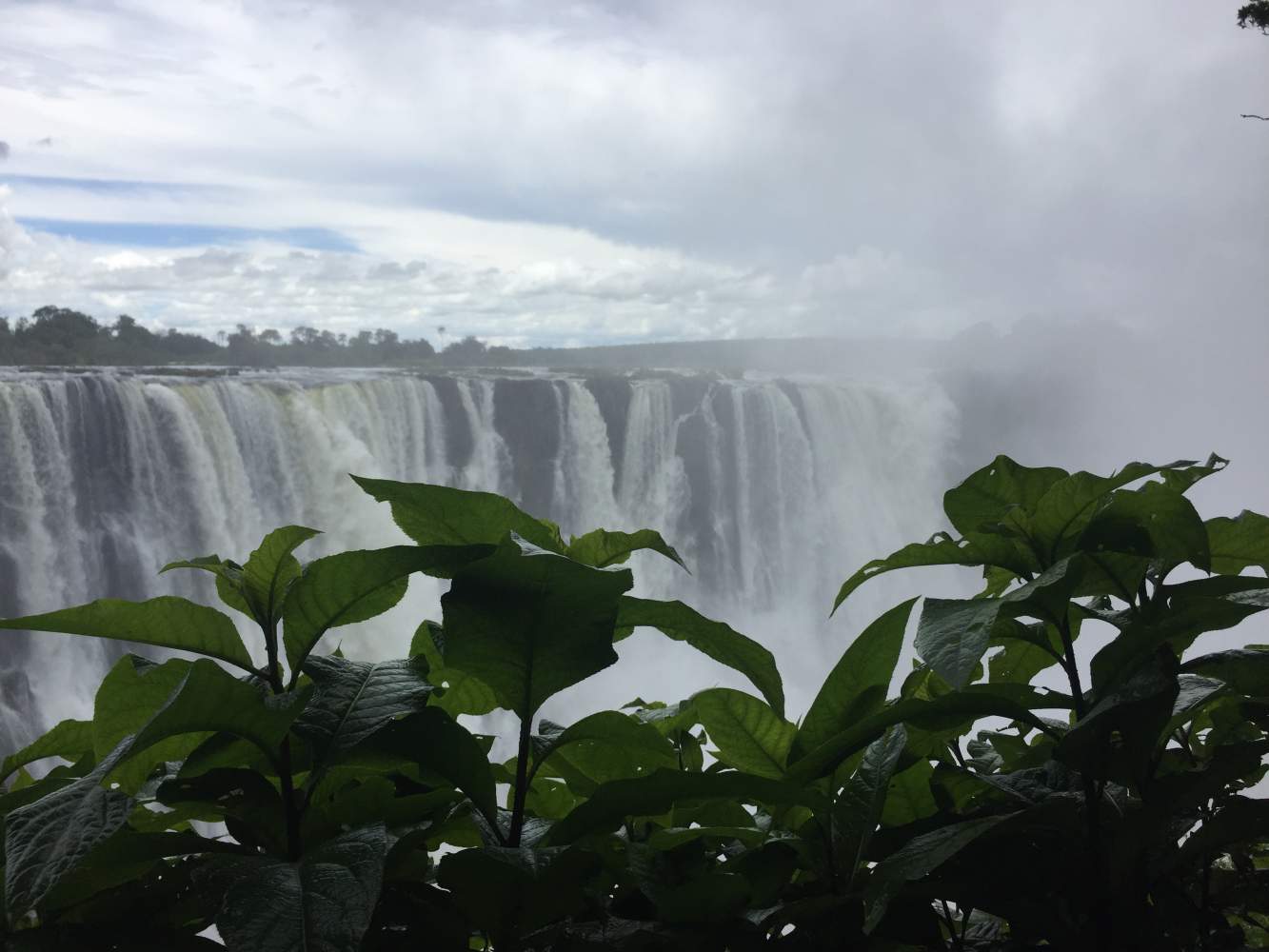 Across the Zambezi River to Botswana

Motorbike / Enduro trips are rather unusual in Zambia, so the border guards look rather surprised when the "motorcyclists wrapped up like mummies" step in front of the "customs house" in Kazungula at 20 to 25°.
Kazungula is the only border crossing in the quadrangle of Botswana, Zambia, Zimbabwe and the adjacent Kaprivi Strip of Namibia, so it is rather busy and a bit tedious. We cross the border river Zambezi and reach the last landlocked country on the expedition through the African continent. Botswana has only about four inhabitants per square kilometre, but with about 130,000 elephants it has the largest elephant population in Africa, which means we will probably have more elephants than people in front of and beside us on the tracks through Botswana. With a little luck and courage we can dive the river with the elephants in the Chobe.... As I said with a little COURAGE! We cross the 581,730 square kilometres of Tswana land (from which the name Botswana is derived) north of the Kalahari on the edge of the Makagaikigadi salt pan, heading for Maun. The district town of Maun is the fourth largest town in Botswana with about 65000 inhabitants and is situated south of the Okavango Delta.
Before crossing the northern Okavango Basin rim towards Namibia, the motorbike tour group take on their last provisions and leave the Okavango Delta at the end of the rainy season (250 to 500 millimetres of rainfall). 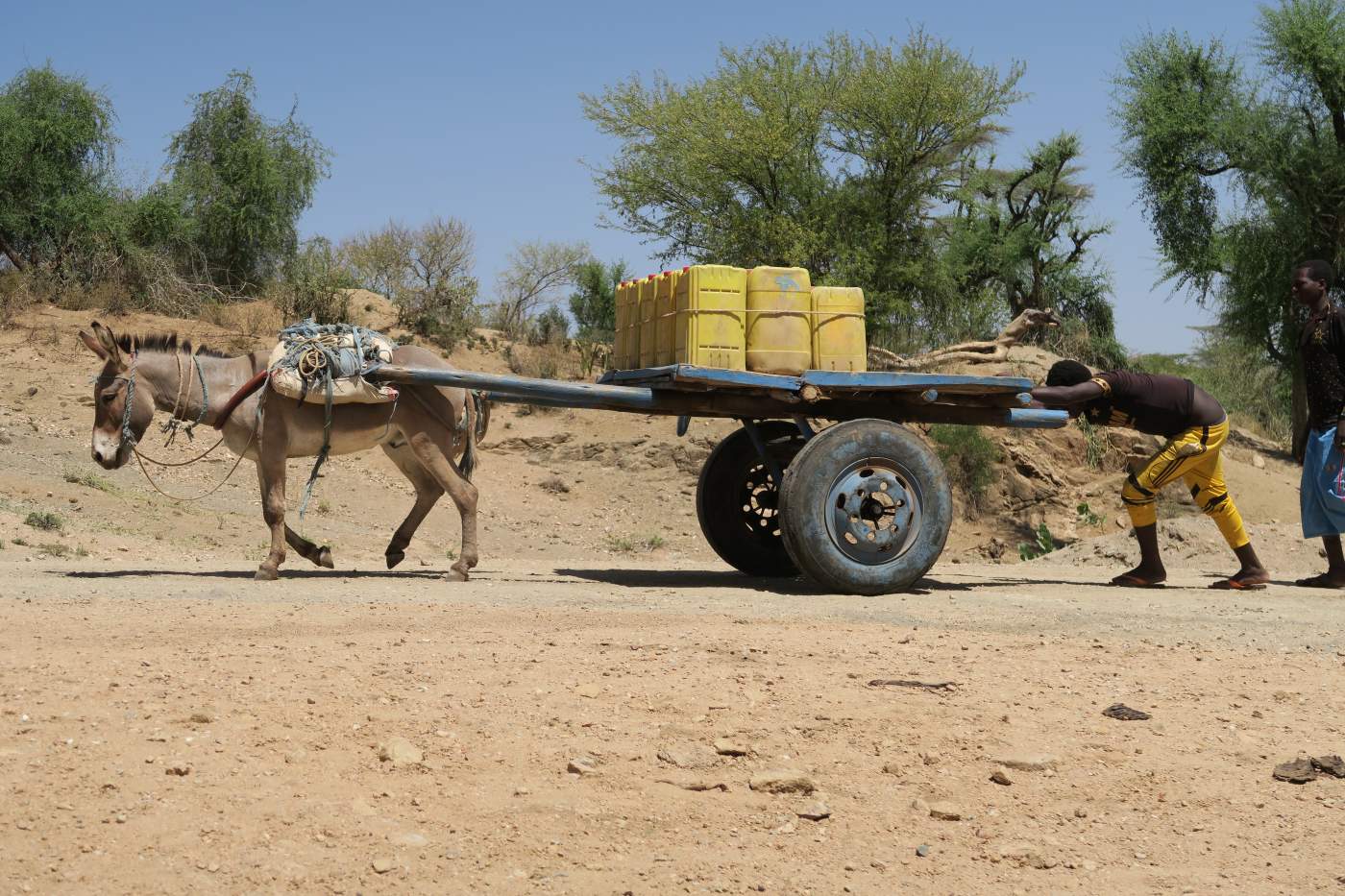 He who loves his vehicle.... does not harness a donkey to it!

Namibia the land of the San

Welcome to the last country of the Trans-Africa Motorcycle Journey, welcome to Namibia, the land of the San.
About 10,000 kilometres ago we had reached the northern hunting grounds of the SAN in Ethiopia, now we are in the "heart" of the African natives, in the heart of the country with the endless horizon, Namibia.
After Mongolia, Namibia is the country with the lowest population density in the world, about 2.5 people per square kilometre compared to 231 people per square kilometre in Germany. On our last kilometres through Africa we cross the area of the Omaheke, Khomas and Erongo, with a bit of luck we will be allowed to spend the night at a SAN village again. The expedition participants will enjoy the 1000,000 star Out Door Hotel not far from the Namib Naukluft Park for the last time. The expedition participants meet in the morning for a last coffee around the campfire for the final stage briefing. The engines of the YAMHA Tenere 700 Rally's are started, the motorbike journey is coming to an end.
Back in the "civilisation" of Windhoek and Walvis Bay on the South Atlantic the goal of our long equatorial motorbike expedition through the southern part of the African continent is accomplished. In Walvis Bay we pack the motorbikes into the container and put out the corks of the beer bottles at "Pelican Point" in Walvis Bay.

TIME to look back on the adventurous South Equator motorbike trip, which will surely remain in our memories for another decade.
TIME to realise what a LUXURY financial and temporal freedom is to realise this adventure. 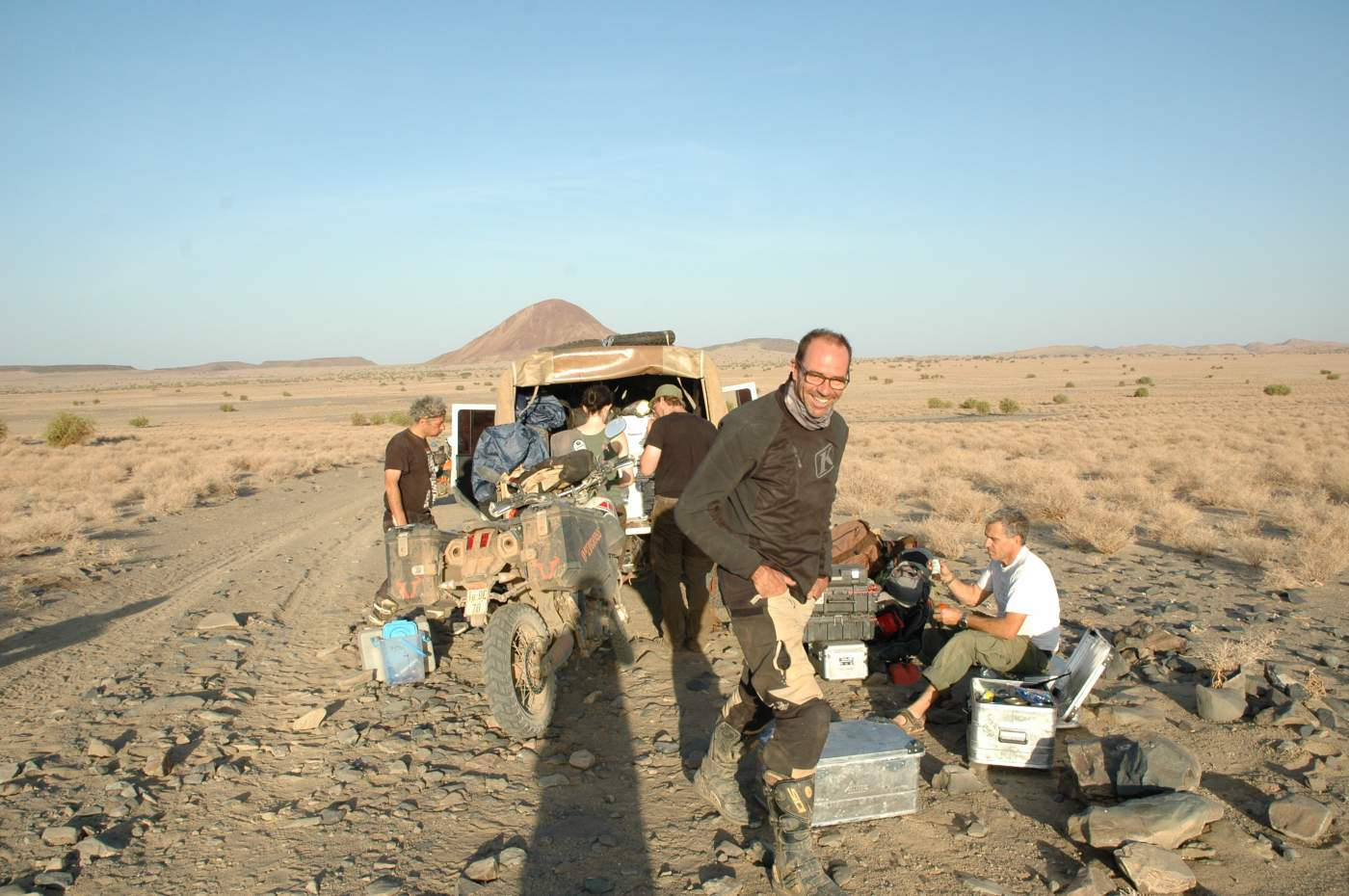 Currently, we are the only motorbike tour operators who not only offer this organisational challenge of tour organisation but have also carried it out for TV and motorbike enthusiastic adventurers and hopefully can continue to do so!
The typical participants of such an expedition are off-road vehicle drivers and endurists who see the means of transport 4x4 / enduro as a means of enjoyment to an end and see the idea of luxury in the form of a bottle of wine, a rare experience, loneliness in nature as an experiential differentiating attribute.

"With more than 100,000 kilometres of experience in Africa, I can say with a clear conscience that this crossing of Africa, as well as the South Equator crossing, was one of the most beautiful adventure trips of my life!
Joe Küster Tour Guide and Girl for Everything

Basic package of the motorbike tour through Africa:

Motorbike expedition with a rental bike: "All in"

Passenger in the expedition/escort vehicle: